Half the site was under water yesterday after a severe thunderstorm. The Association secretary had her hallway flooded, which is worse. 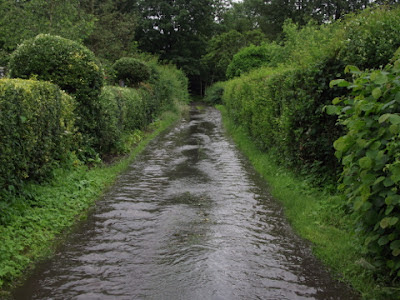 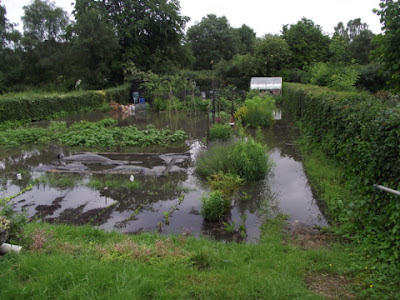 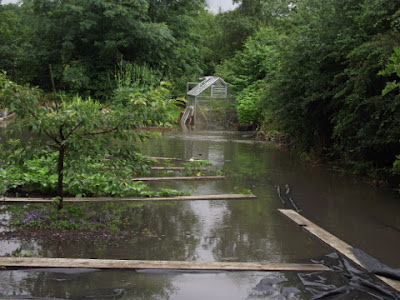 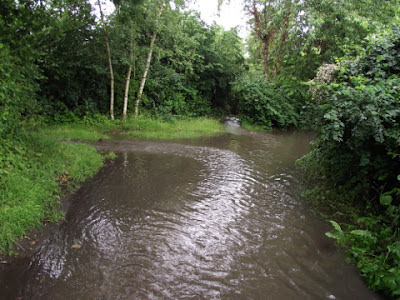 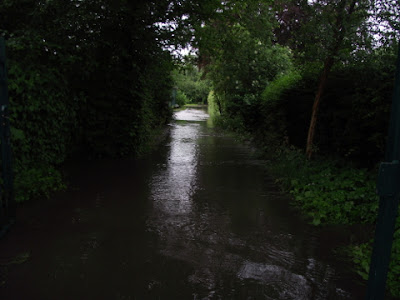 My broad beans, looking even more miserable than before. They were perking up and growing with the warmer weather. 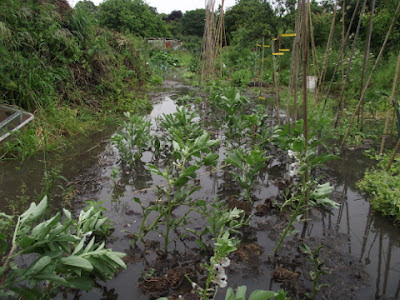 There's a sewer under the lane on one side, and it always blows in a severe flood; this manhole cover has lifted right up. Part of the problem is that floodwater goes down the same pipe as the sewage, which obviously saves a great deal of money, but it means that the system floods. When it gets overloaded, it blows into the streams, so any time we get a flood it's safe to assume it's diluted, untreated sewage, with all the health implications that implies.﻿ 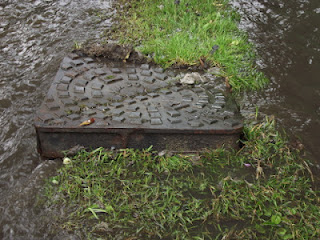 This is the culvert at the bottom. The curved line of masonry is the brickwork over a three-foot tunnel running under the railway and canal. Normally the water's an inch deep; if it had been any deeper, it would have started backing up, and the whole lower end of the site can flood.﻿ 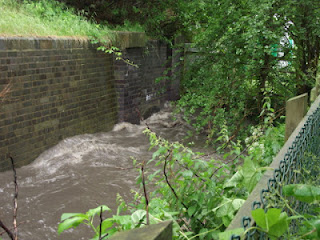 On a brighter note, a large swarm of bees, bigger than it looks here, moved into one of my empty hives on Tuesday. I've been expecting them for several weeks. Every time the sun came out, there would be excited bees staking out the hive. Every time it rained, they'd disappear. Bees only swarm on good weather, but they moved in as soon as we had a sunny day.﻿ 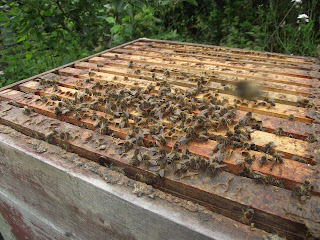 Posted by Robert Brenchley at 11:44 2 comments: 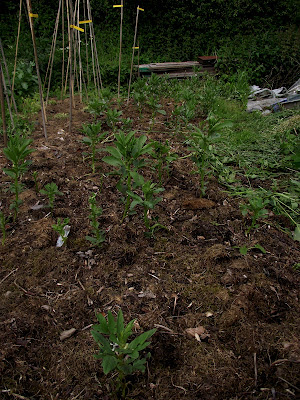 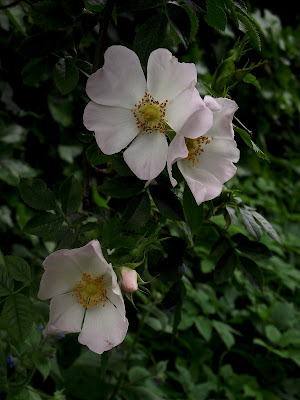 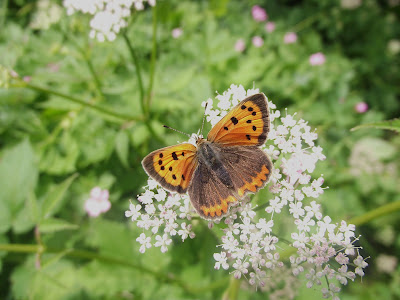 A Small Copper butterfly sunning itself when the yellow god in the sky made a brief appearance.﻿
Posted by Robert Brenchley at 12:06 1 comment: 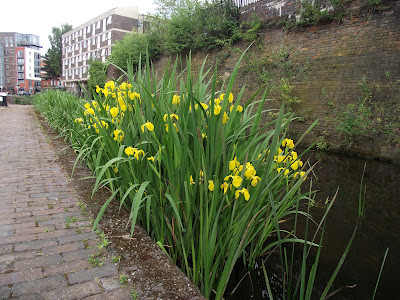 When they dredged the local canals about 15 or 20 years ago, they did a certain amount of planting along the banks. These irises are brightening up the view on the way into the city centre. 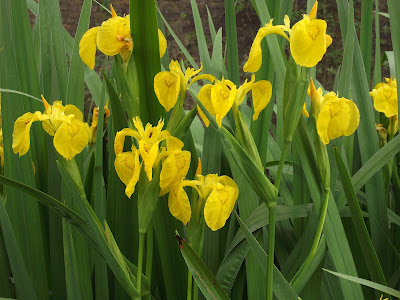 These baby orb web spiders were in a hedge I pass on the way to the allotment. I think they must have been affected by the carbon dioxide in my breath - I know bees react to it - because they were clumped a lot more tightly, and began to scatter as soon as I took a close look. 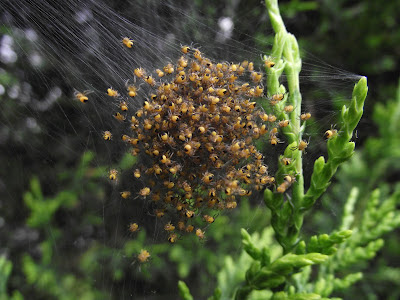 And here's variegated Daubenton's kale flowering on the allotment. It flowers rarely, and it's propagated by cuttings, so it's interesting to have a few flowers - it's a very weak flowering stem for a brassica - a year after I planted it. It's right next to some Ragged Jack kale which is flowering like mad, so it should produce some interesting crosses. 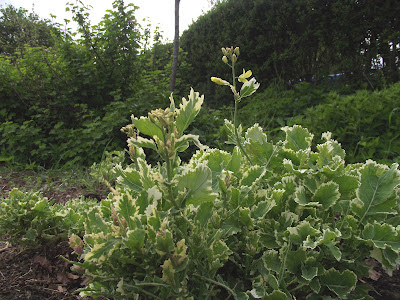 Posted by Robert Brenchley at 13:26 No comments: