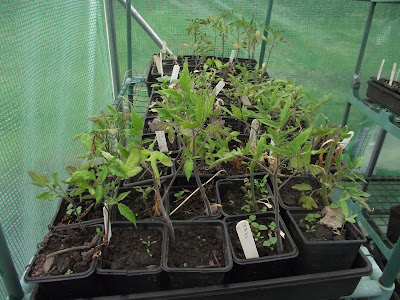 Things are finally growing away, apart from weeds of course, which have been doing that for months. Even a pot of alexanders, which I planted in March and had given up on, is finally germinating. I'm still making slow progress sorting out overgrown beds, but my CFS is really playing me up and I'm getting ever further behind with it. The hedges still need cutting as well. I'm rescuing perennial leeks from the weeds right now; they've flourished over the last year, while Allium perutile couldn't cope and almost disappeared. The last few are safely potted up for the time being. Never mind, things are growing! 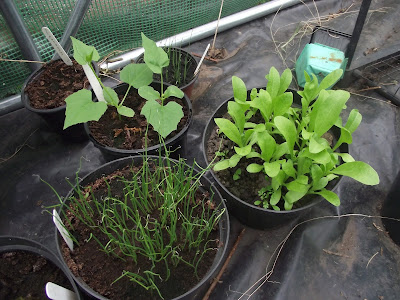 I've planted loads of runner beans - nine varieties or crosses form those varieties - for the Real Junk Food Project, since I want to develop a grex, they need veg, and the family don't like runners. That's a local project which collects food from supermarkets etc which would otherwise be thrown away, and runs a popular pop-up cafe where you pay what you can afford. I've planted climbing French beans (Trail of Tears) for ourselves. 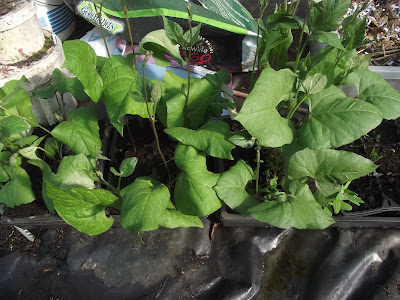 So things are slowly going in the right direction. Meanwhile, a gigantic swarm of bees which arrived on the 5th has settled down, and I noticed yesterday that new workers are beginning to hatch out. the broodnest is enormous for a new swarm, the bees quite thinly spread, as they often are in summer weather when it doesn't take too much to keep the brood warm, and the workers are badly needed.

Posted by Robert Brenchley at 13:59 No comments: