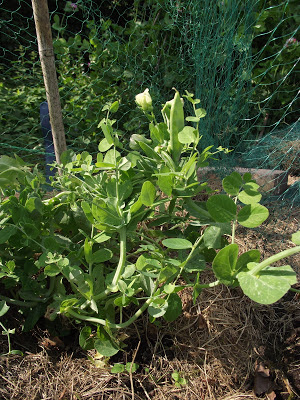 This strange looking little pea, known to me as PI 269787 Umbellata, is one of several I got from the States over the winter. As you see, it's very dwarf, very umbellate - all the flowers and tendrils are together at the top - and the white flowers come one at a time, and don't fully open.

I've got several more interesting ones, and I'll post pics when they flower. The only other umbellate pea I have pics of is Salmon Flowered, which has been circulating over here for years. 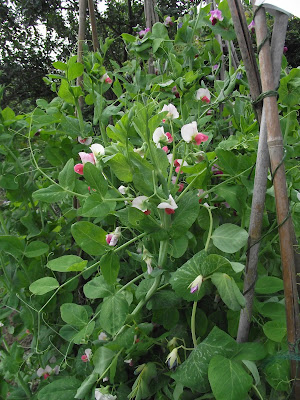 There's very little record of individual varieties, but the type, which is generally a little sweeter tasting than earlier peas, was popular from the late 17th to the early 19th Century. 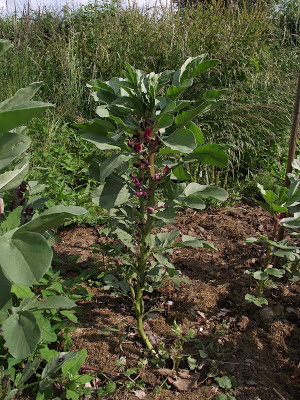 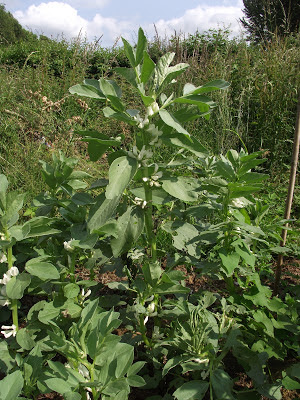 Crimson Flowered Bean, an old English variety known from the 18th Century at least, and Oldambster Wierboon, from Holland. I rather wish I'd grown the latter out separately rather than putting all the seeds i had into a mix.

I can't believe the broadies have been in since March, but they're in full bloom at last, and beans are starting to form. I've just planted Luz de Otono, a day length neutral variety from Spain, which is supposed to produce a crop in a mild autumn if it goes in at this time. It'll be interesting to see if it works! 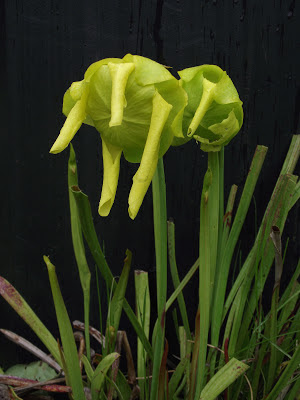 Sarracenia flava. I have a few Sarracenias growing outside; most of them are fine, though plants grown from seed which originated in the southern States don't do so well/ 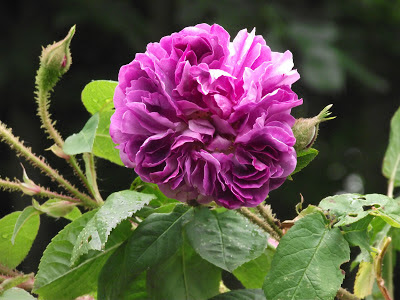 An old rose I grew from a cutting.

Lastly smoke rising from the biggest fire ever recorded in the West Midlands, last week. A Chinese lantern ignited a waste dump in Smethwick, a few miles away. It's not unique; there used to be a used tyre dump in Lozells which went up in smoke regularly, and there have been others. I don't understand why these things are allowed in urban areas where large numbers of people can be affected by poisonous smoke.
Posted by Robert Brenchley at 22:15