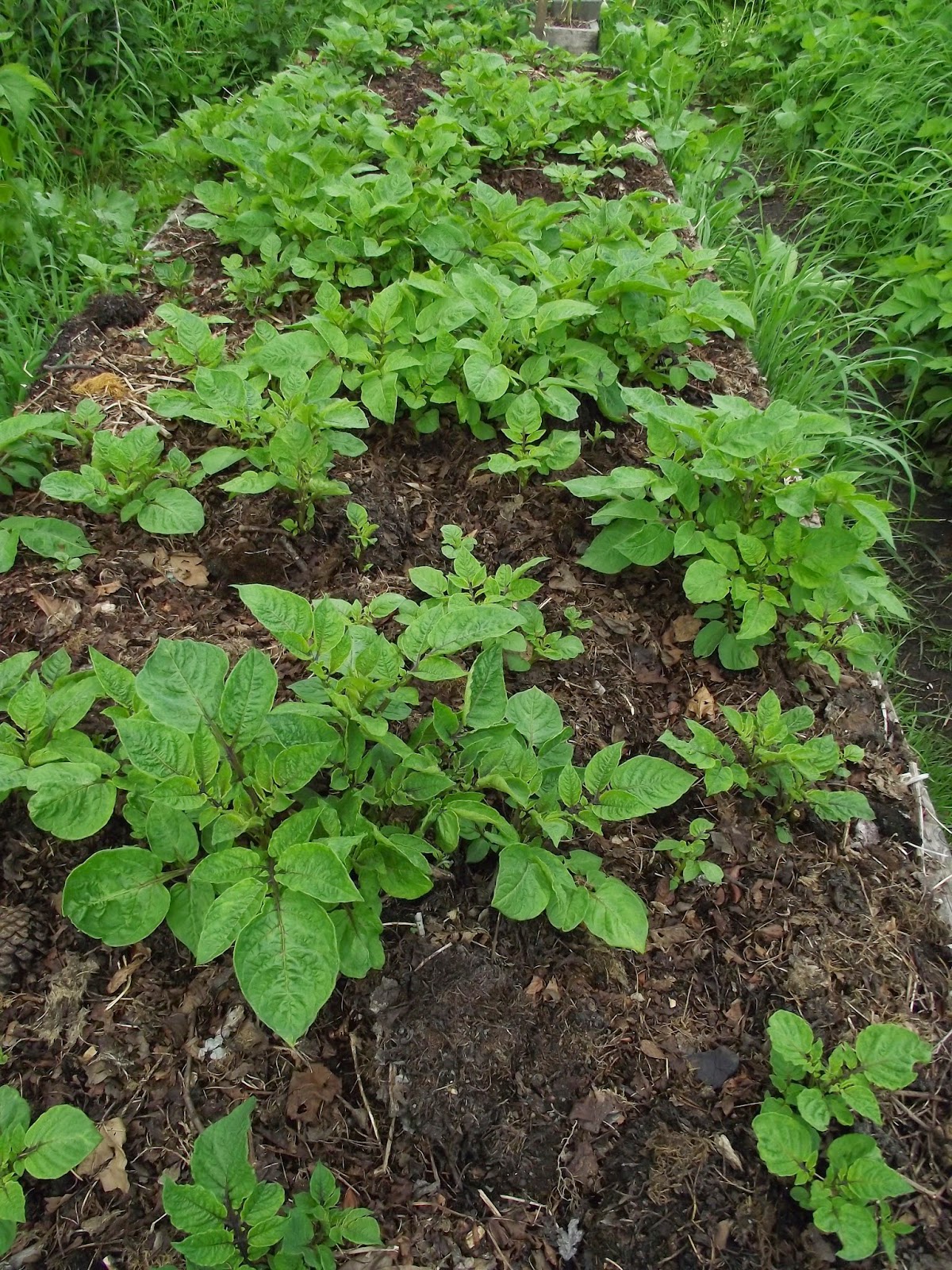 My bed of Negresse potatoes is thriving, for the moment. It's a late late, like all very old varieties, and it's vulnerable to blight. I didn't get any last year thanks to the dry weather, and I'm hoping it'll stay away this year. The disease has been dreadful for a few years, as it thrives in a wet summer, then overwinters in the tubers people miss then they lift their spuds. It spreads from the next season's volunteers, which are often left by plotholders. After a dry year, however, there's a lot less of it around. 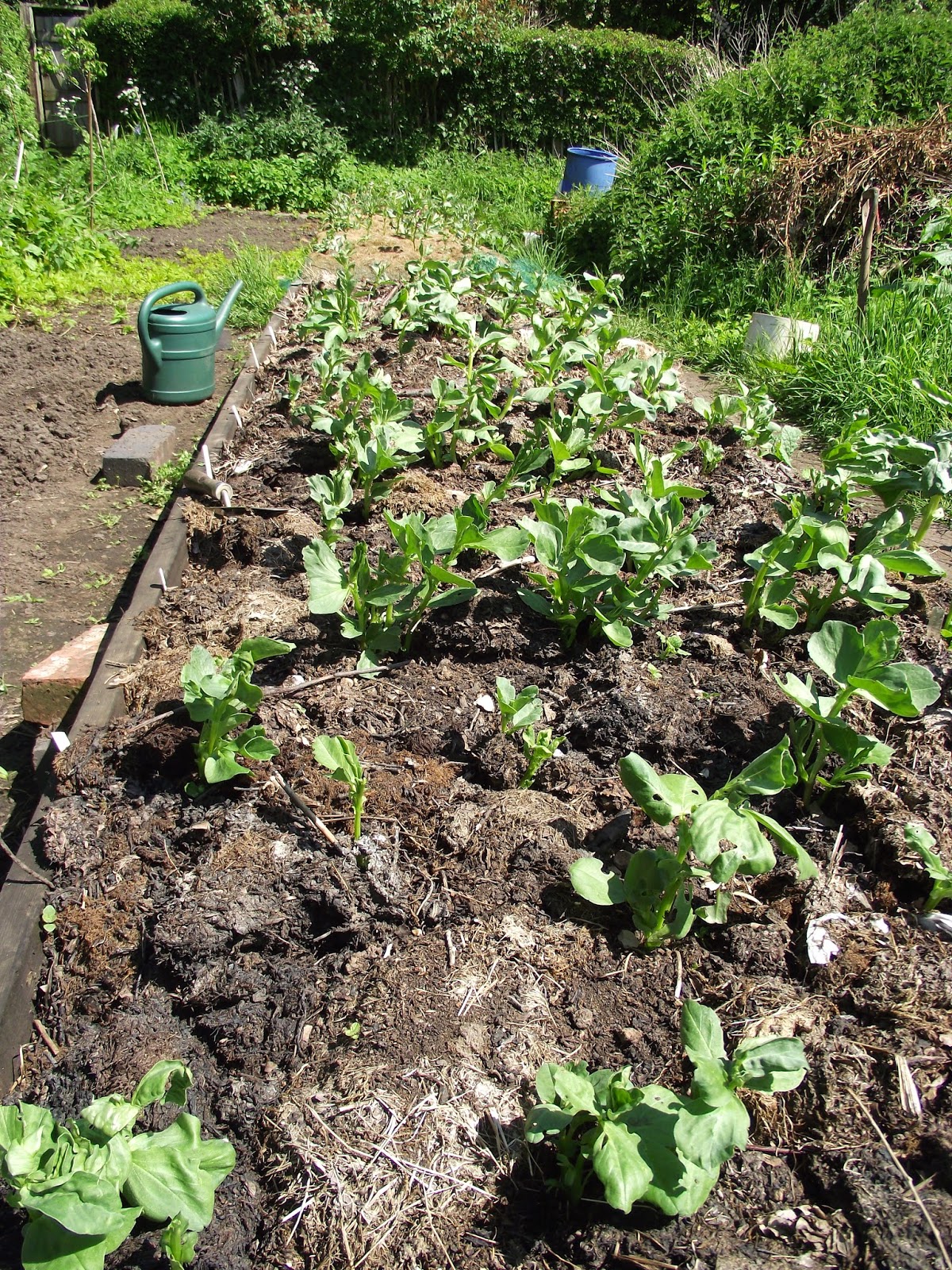 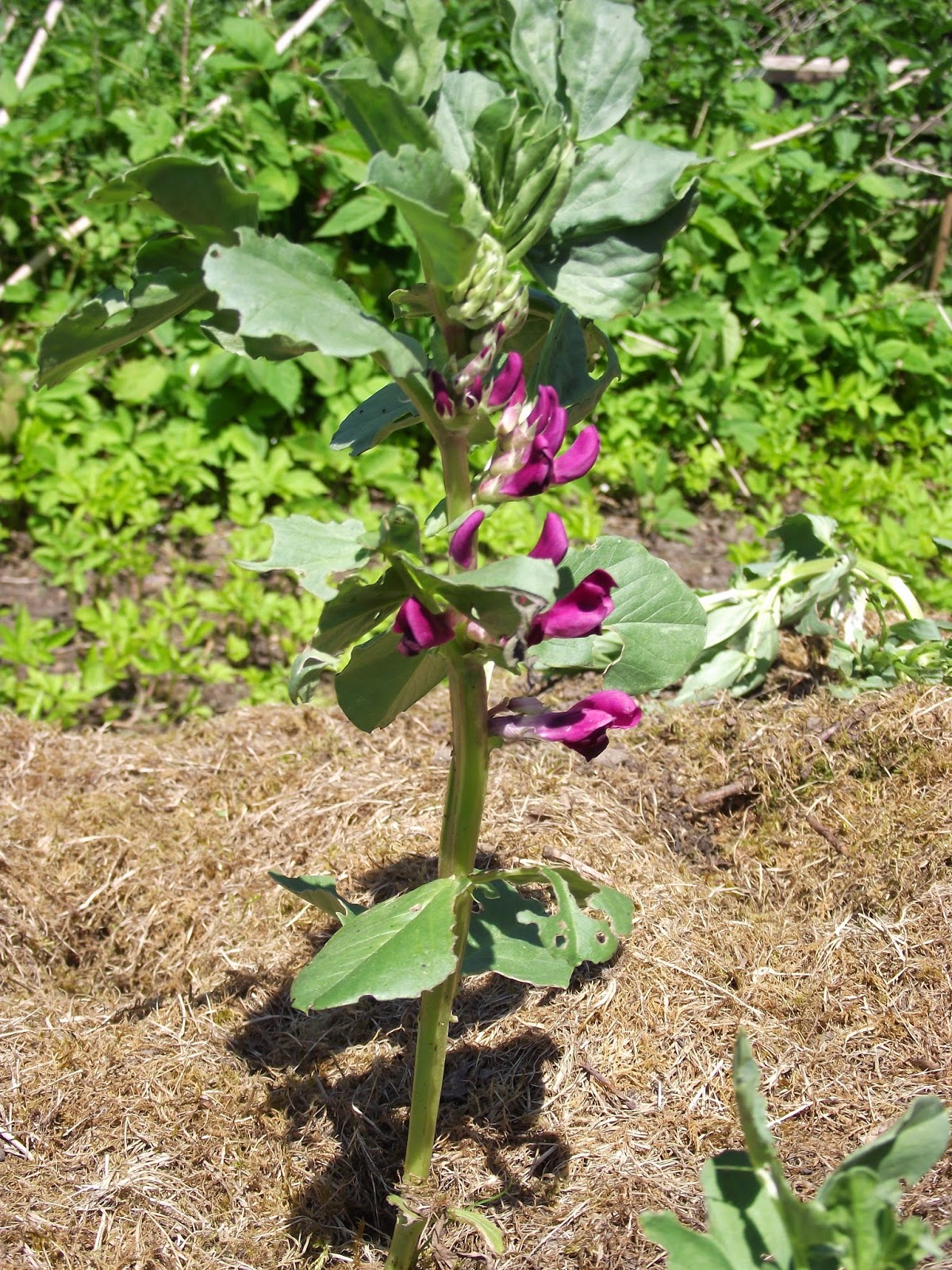 The broad beans are just beginning to flower. The bed above was sown directly after pigeons had most of my original transplants. These are doing better, but they're obviously behind the first lot. The bean above is a Crimson Flowered Bean; I've put in sixteen varieties and mixes, and one thing I'll be looking for is the red flowers. I've just planted 'Cote D'or' favaroles, which should flower after these have finished, and give me seed to add to the mix next year. Favaroles are BB's, but the size of a large pea. This particular variety is a mixture of mottled and near-black beans. 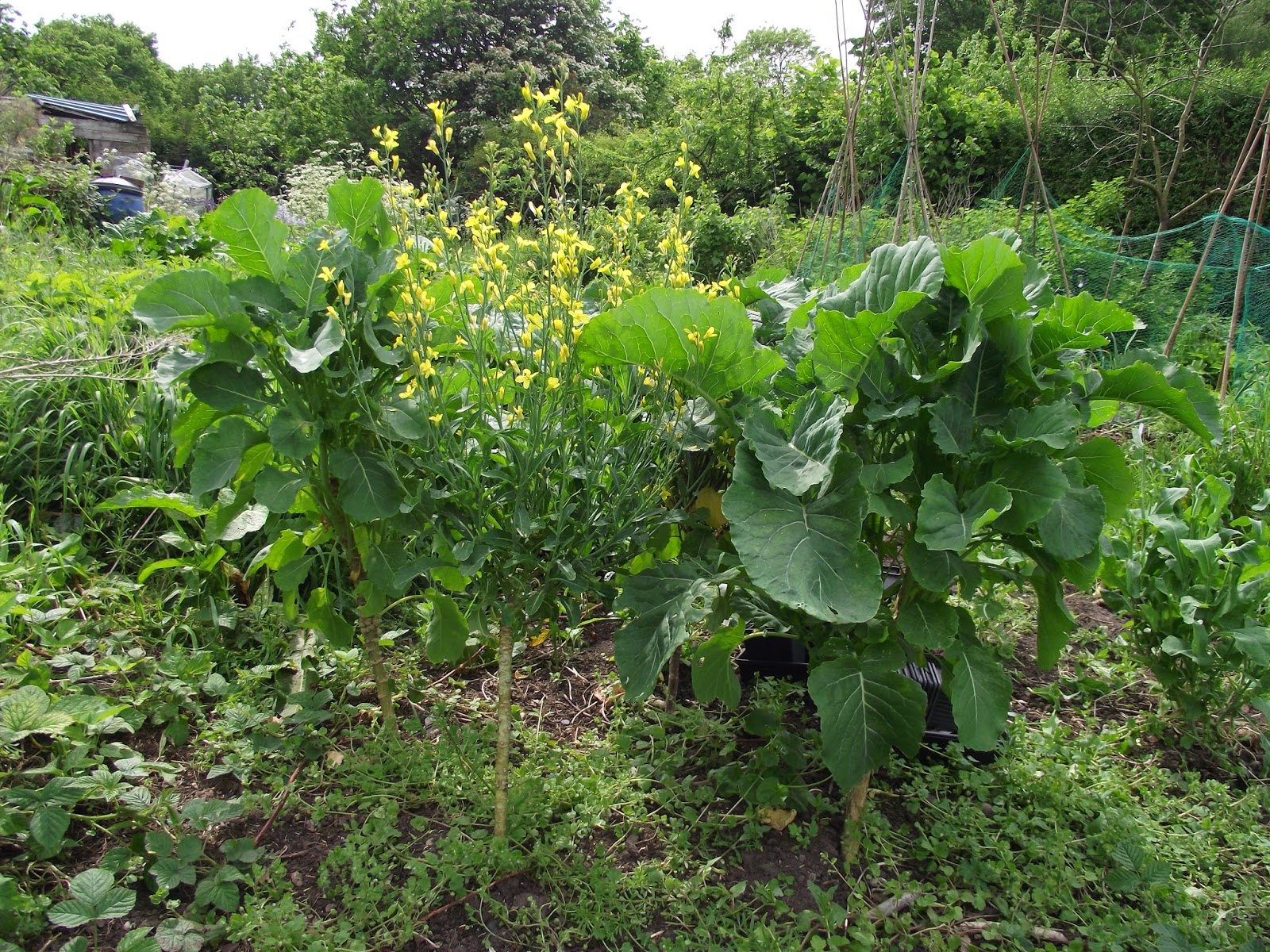 One of my Daubenton's Kale x Tree Collard crosses is flowering. It's a perennial, so I'm hoping it'll survive the experience. These are big, tall plants which could potentially be undercropped with something that wouldn't mind a bit of shade. As you see, they produce plenty of leaf when they're not putting all their endergy into flowering. 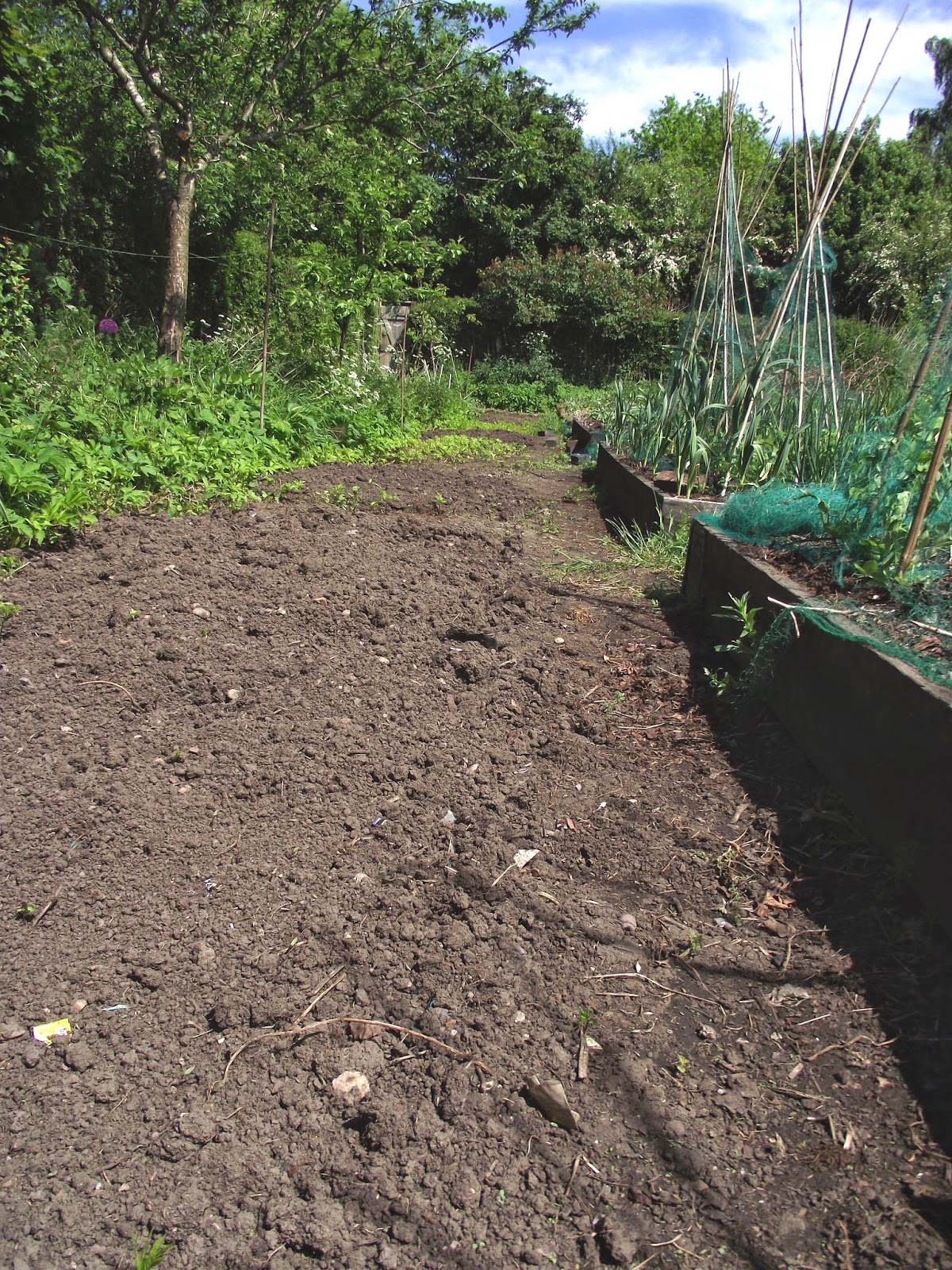 I'm getting some very useful help from a horticulture course, getting this area dug over. It's all going to be raised beds; health permitting (right now I'm recovering from a thoroughly unpleasant virus), I hope to have another seven raised beds done by next year's growing season.  The beds are making a real difference, as plants like shallotts, which I could never grow before, suddenly start flourishing once they're well above the water table, and it's a lot easier to keep them weed free. It's likely to take three or four years, but the plan is to do the whole plot.

Posted by Robert Brenchley at 23:18