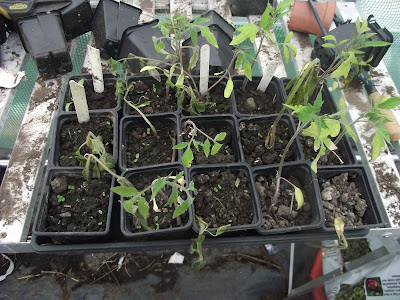 A few nights ago the temperature inside my polytunnel almost touched zero, according to the thermometer. Actually I rather think it did reach freezing. Most of the chilis are OK, but some of the tomatoes have been damaged, along with some of the dahlia seedlings and most of the achocha. Germinating true potato seed was unharmed, though a plant grown from a Negresse tuber was trimmed back. In some ways it's not altogether a loss; it's selected out, for instance, the really susceptible achocha and left two seedlings untouched, which presumably have a shade more resistance. Seed from them should in turn be more resistant. I'm more worried about the tomatoes. I may or may not have lost a couple of varieties; they were planted deep as they root from the stems easily, and if they're replanted shallow they may grow new shoots form the leaf nodes. the one I'm really worried about is a grafting variety which I only had a very few seeds of, and which would be hard to replace. I just need one plant to recover and give me one ripe tomato, and that'll produce plenty of seed for the future. 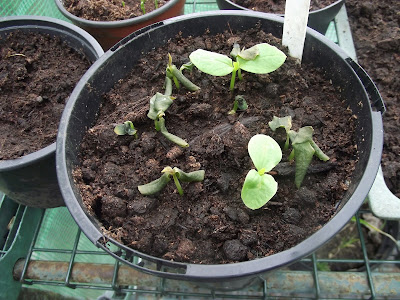 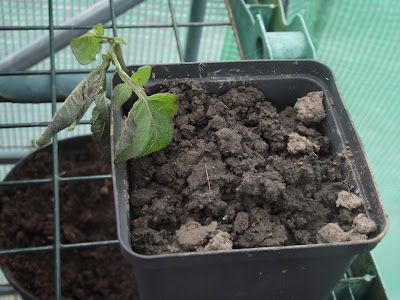 Posted by Robert Brenchley at 22:22